Home Money Phone Churning: How I Got the Pixel 2 XL for Free
Money

Phone Churning: How I Got the Pixel 2 XL for Free 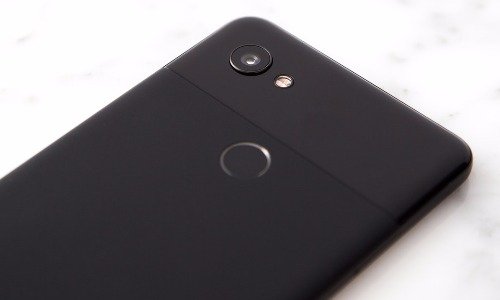 Black Friday and Cyber Monday have just passed us by. I upgraded phones during the holiday sales and found a way to get the Pixel 2 XL for essentially free. I decided this would make a good post to share with others and to think about buying phones differently.

There are two types of phone people who upgrade. The ones that upgrade every single year who want the best of the best.

On the other side is the “upgrader” who uses their phone until it literally disintegrate into their hands and have to upgrade out of necessity.

Both of these methods have their faults and what I am proposing is a third type of person. The smart upgrader.

The every year-er usually just buys the phones at full retail price, right when the latest and greatest gets released. The downside? They pay the maximum. (and probably stand in a god awful line)

The upgrade when I absolutely must type person does save money over the every year-er. What they don’t have control over is when their phone decides to stop working or just isn’t functional anymore. So they may not have the best pricing available when they upgrade.

The smart way is to upgrade every 2 years. Sometimes 1 year is possible but I have found 2 years to be the sweet spot. Usually not much changes in 2 years for cell phones. Also 2 years still allows for one to resell their your old phone, because let’s face it no one wants the iPhone 5 anymore. Anything after that and the price drops dramatically.

This is a key factor in the strategy I will explain as you’ll need to resell your old phone while it still has a decent value. In addition to this, wireless carriers are enacting a pseudo contract where they give you bill credits over 24 months. SWEET!

How I got a free pixel 2 XL

I’ll start with what I did to get my new phone for free.

Around thanksgiving time I kept an eye out for pixel deals. I like to use SLICKDEALS to search for deals coming out. It is a community based deal site where you can search specifically for Pixel 2 in my case. (Download the app, you won’t regret it)

My options were limited as the phone was just released. Some of the example deals were:

The target deal wasn’t enough for me to make the jump though. My old phone was the iPhone 6s Plus. It had a value of $300 if I were to sell it myself. With the target gift card that brings up my total value to $500.

I kept searching for deals on slickdeals and signed up for their alerts for keywords that I was looking out for. One such alert came up. It was a deal with Sprint. Get a $350 visa gift card when you bring your own Pixel 2 and sign up for sprint. All you have to do is sign up with Sprint, be in good standing for 60 days then they will send you the gift card.

So my plan came to be. I got the Pixel 2 XL at Target and my $200 Target gift card. Good thing I buy my cat litter here by the truck load.

I sold my iPhone 6s Plus on Swappa for about $300. I checked prices on Craigslist and OfferUP but Swappa phones were listing for higher. It only took me 3 days to sell and the money is already in my bank account. A note about Swappa, they take a $10 selling fee and there is a PayPal selling fee (but use PayPal and play it safe). In total it was about $15 in fees.

My next step will be to pay off the phone on Verizon and then switch to Sprint for 2 months to collect my $350 gift card. Luckily this one is a visa card so I can use it to pay for just about anything. In total I was able to accumulate $850 dollars and have the latest and greatest at no extra cost to me.

Promo over at Sprint if you are interested in doing the same.

Phone Churning Tips for All

There are some things I have learned while doing this and some tips on what to look out for.

There you have it, it’s still not too late to grab yourself a similar deal. The deals for phones spring up the week of Christmas as well.

Share in the comments if you have any cool strategies for upgrading phones.

5 Cheap Date Ideas That I Love