Home Lifestyle Discover the Witness: Observation and Well Being
Lifestyle

Discover the Witness: Observation and Well Being 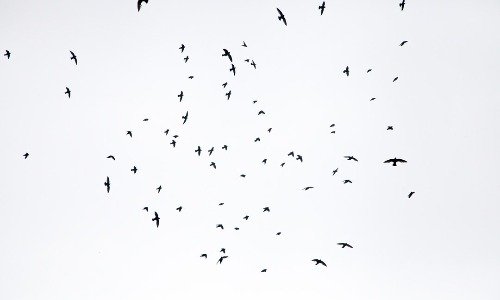 I looked at my hands as they trembled. My body was still reacting to what had just happened. I was in my car, parked in my work parking lot- ready to go in when a person came charging across campus…towards me. I hoped they would turn away.

In 2 more seconds she was my window screaming and banging. She was scared, but the kind of scared that is familiar for anyone who lives in a city. She was having a bad trip and I was all alone to deal with it.

A part of me re-called the many times men had followed me to my car and the one time a man managed to keep me from my getting in my car. I realized that when I saw her run I had locked the door, grabbed my phone and cracked the window in an effort to start negotiating. I had called the resident Police officer at our school and within 15 minutes I was walking into work- staring at my shaky hands.

I had taken the dogs to the river. My day had been tumultuous. The night before I had just binged Netflix while buying things I did not need on Amazon and sipping my wine to keep just the right amount of buzz that allowed for such things.

The thought of my casual and conforming self- destruction was dawning. I knew what I had done and I began devising a plan to change my habits. I considered financial goals. I considered what I must have not dealt with to slip back up. I considered my humanity and imperfection. Hmmm…maybe I will update my Personal Capitol app finally.

Suddenly, I was at the end of the river beach at the bay. I had no recollection of the walk- only that my thoughts had taken me here and the rest was operating without them. The dogs did not seem to notice I had somehow slipped away.

I hopped off the Maxx that had been stuffed with pink pussy hats and signs dripping in ovaries. Camera in hand, hat firmly on my head I proceeded to the marching lines. I had been to marches before. I had held signs and chanted with fervor. I had never watched myself as I did so.

Suddenly I was submerged in a crowd of women. The noise was causing my organs to vibrate and I started taking photographs. The crowd lurched forward.

We marched while the rain drizzled on in Portland that day. Every woman on that street shared something. It was as if we saw each other, we saw ourselves, we saw the years of oppression on varying scales. I felt something that day that beats on. I felt the sisterhood and I stayed with that feeling until the evening came and I piled back onto the Maxx full of – now slightly soggy women dripping in pink.

In these three instances, I was either with my thoughts, with my intuition or with my emotions. This did not mean that the other parts of me did not exists, only that they faded to the background.

In yoga, one of the Niyamas is Svadhyaya. This is an ancient Sanskrit word meaning “self study”. In looking closer at this word it also means removing one-self from your current state. It means to look at yourself from above, without the same ties to what is occurring. Sounds a bit like an out of body experience- and perhaps that is the best way to describe it.

It is this practice of self-study that has been my focus the past month. I have come back to it often over the years when I notice an intense tangle in my own self.

This month was different that ones in the past. I found someone: I discovered the power of the witness. The perspective removed from thoughts and emotions. I cannot preach that this is simple or that the witness is always accessible. For many years I did not even know they existed.

Perhaps it was the added security I felt this time. Or maybe it was because I was open to it. I am not really sure, but I do know this was profound and important for my self-study.

If we know our thoughts.

If we know our emotions.

Then we also know we are not those things.

Podcast 19 – Zero | When FIRE is a Necessity