Discovering FI for Her 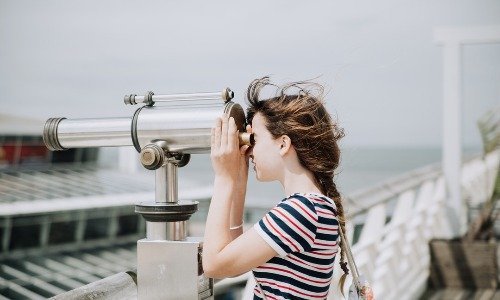 FI or “Financial Independence” was something I was introduced to by HisFI as he burst through the door spouting off about this great new podcast called ChooseFI and how WE were going to stop spending money. Needless to say this fell on deaf ears. WE were not going to do anything of the sort. I had a career and so did he. Now was the time we finally could spend money, right!? Also, HisFI was not going to tell me what to do with my money. This will surely blow over. As a women there is additional challenges I myself had to overcome which led me to write Why it is Harder for Women to be Financially Independent.

A few days later, HisFI was still talking about this podcast and saying that we should no longer eat out, go out, or buy things. Also, I really needed to get on the wagon and start listening to these people and reading the blogs he was because “you know they have stuff for teachers too.” This sort of “conversation” continued for some time as he began to use words that I associated with negatively such as “frugal”, “max out retirement”, “no spending” and other indications that all the fun was coming to an abrupt and unwanted stop. See HisFI’s post on How Not to Tell your Spouse about FI.

During this same time we were preparing for a trip, so I began to look for tutorials on YouTube of “How to Care for your Skin on a Plane.”. I often scour the internet for beauty regimens, DIY projects and other inspirations, making this within my normal evening activities. I saw a post on the side of the screen that caught my eye titled “What I Stopped Buying”. Perhaps YouTube had already connected HisFI’s multiple attempts to email me articles. It wasn’t long before I was binge watching channels by Sarah Nourse and Lavendaire, to name my favorites, on minimalism, frugality, and wardrobe clean outs.

I was hooked. The idea of decluttering, controlling your money, and not letting things rule your life all appealed to my OCD. Clearing the space clears the mind- leaving me more room for my passions: art, photography and animals. Now, how to break the news to HisFI without looking like I had caved…

HisFI poked his head around the corner, noticing that I had started to clean and clear out.

For HisFI’s story and a clear definition of FI and FIRE click here.

Discovering FI for Him

Financial Independence – How Not to Tell Your Partner