Women: What was your Independence Symbol? 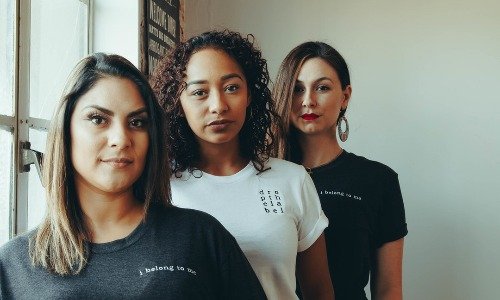 A symbol throughout history was once our main form of communication. Scripts and language started in the picto form with symbols to represent concepts. It seems only human then that we identify symbols in our own lives for various concepts.

In a recent conversation with a new friend we chatted about symbols of our own independence as women. What were moments in our lives that indicated our independence. What were the objects or ideas we clung to as could not let go because it had defined a part of us.

At 15 I took a test to get into our local community college. I passed all sections except math which I could re-take the following year. I was enrolled as the youngest student in the early entry program and started taking classes full time. I picked them all out myself including a Women’s Studies course, despite my parents disapproval. Being enrolled so young, studying with adults, and investing in my education was something I hold onto. It was the start of my independent and critical thinking.

That was my independence symbol: School and getting straight A’s. Choosing my education. I held onto it without even realizing how tight my grip was. How tightly society had made me cling to what I thought embodied my own independence.

This got me thinking. What do we, as women take ownership of in order to declare self reliance? What is our own personal symbol, our silent fist in the air – we can take care of ourselves- that allows for that independence?

What do we, as women take ownership of in order to declare self reliance?

I reached out and asked some women in our Personal Finance sphere to share their own stories and symbols of Independence for this post.

Buying a Home Yourself

Leigh writes, “A moment of independence for me was buying a condo myself when I was single. I don’t think I realized that until later. I really struggled with figuring out how to share it with my husband, feeling like that would negate the fact that I bought it myself.

So now I tell people that I bought it myself when I was single but we own it together now. When I did buy the condo it was a huge contribution to our financial independence journey. It is no longer a good fit for us, but we have built so much equity.

It has been super hard to let it go because of that, even though letting it go is necessary. “

Leigh writes at Leigh’s Financial Journey and you can see more of her story here.

Choosing A Family and Choosing Yourself

Revanche recalls a moment back in college, “When I bought my first car all by myself – negotiating with the dealers, financing it, getting insurance, realizing what my mistakes were in that process and paying it off in 2.5 years – I thought that symbolized my financial independence.

It really showed my capacity for handling money and learning how to do it better, and how much I could accomplish with hard work, determination, and the opportunity to work a whole lot of overtime. Those were invaluable, of course but my situation was peculiar. I’d never had trouble establishing my independence as a single woman from anyone I dated.

My trouble was I had, due to filial piety, tied my financial fate and future to my parents as their provider from the age of 17, believing I owed them a great debt. It wasn’t until I learned the truth about the person my surviving parent had always been that my true act of independence came. Though I loved that first car, it stood for so much achievement in a life that felt light of such things, and it gave me great pain to do so, I made the decision to sign it over in order to quickly and cleanly cut financial ties with my dad.

I chose myself and my chosen family, I chose freedom.

Revanche writes more about this decision and her money journeys at A Gai Shan Life.

“ When I was 19 years old and a sophomore in college, I decided to go on a solo adventure across the country. I hopped on a train in Chicago and took it all the way to Flagstaff, AZ. I stayed at a local hostel, roomed with a bunch of people I’d never met but with whom I bonded instantly, and went hiking in the Grand Canyon. I still remember walking up to the rim of the canyon and feeling my head explode with awe.

The trip was a symbol of independence for me because although my family had traveled quite a bit while I was growing up, I’d never ventured out on my own before. Furthermore, I’d just met the guy whom I’d end up marrying.

It was a surprise even to me when I realized that even though I liked him an awful lot, I didn’t want him to come along.

I wanted to prove to myself that I could be an independent solo female traveler. It was a rite of passage I created for myself, and I’ll always be grateful to 19-year-old me for that experience.”

The Rite of Passage

There was something so visceral and shared about reading these stories.

Was it sisterhood? Or simply because I knew what my symbol was.

Is this because we as women were so long a symbol ourselves?

I think often that because a woman was and in some cases still exists as a thing, a symbol for men’s success, that this is perhaps why my grip tightens around those objects and moments that are completely mine. When I grasp at what I have done- it is as if to shake it at the Universe “See! I am woman. I am.”

Thank you to those who contributed to this post and to all of those who choose to share their independence symbol below. What was your symbol?

2019: What We Are Taking and Trashing

I quit my stressful job, here’s exactly what...

Teacher Behavior will Determine how much Students will...

Expectations of the Female Educator: Accepted Injustice in...

5 Books by Women that Changed My Life

Podcast 06 – Should you Combine Finances in...

I am in Your Corner. Are you?